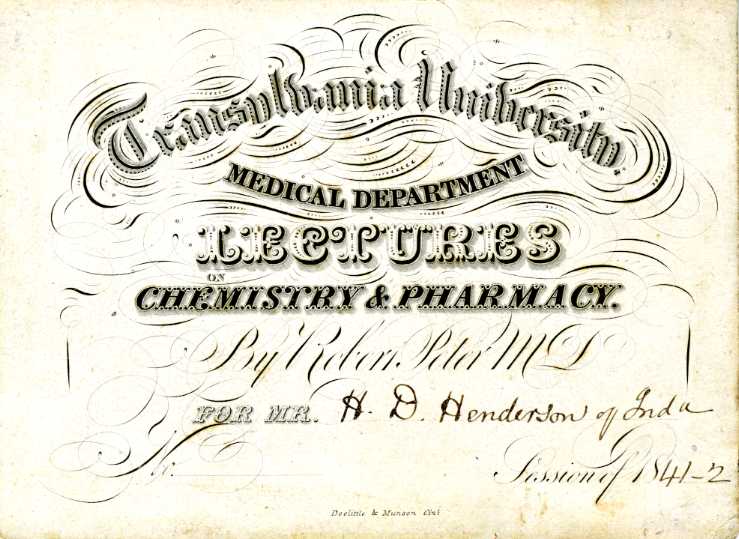 Transylvania is an unusual name and we get lots of questions about how we got it.  It literally means "across the woods" in latin.  We were named in the 1780s more than 100 years before Bram Stoker wrote Dracula in 1897.

Scholars have been unable to find any definitive link between the Transylvania Land Company and the naming of Transylvania Seminary, but certainly the name existed in the area.  John Wright says in a footnote in Transylvania Tutor to the West, "We have no first hand evidence on this matter of the name of Transylvania.  Robert Peter, Transylvania University: Its Origins Rise Decline and Fall, p. 14, surmises that it may have been the classical tradition that suggested the name."

1783 - Amendment to the original act of the VA legislature increasing the number of trustees and naming Transylvania Seminary.  1783 amendment to the Charter

1793 - Gift of a lot in Lexington by the Transylvania Land Company which became the permanent location of Transylvania.

1799 - Law College established with the appointment of Col. George Nicholas.

1829 - The University Building is destroyed by fire. The fire destroyed much of the law library and the collections of the Union Philosophical and Whig societies. More than 1500 volumes went up in smoke along with papers.  Much of the collection of scientific apparatus was saved. The building sat on the south side of Third Street at the top of what is now known as Gratz Park.

1832 - Old Morrison is built on the north side of Third Street.  Also known as the main academic building.

1837-1850 Bacon College established in Georgetown, closes in Harrodsburg.
1858   Kentucky University established by legislative act in KY through amendments to the Bacon College charter.
1859-1864 Kentucky University does well in its first year but is decimated by the Civil War with only 14 students in its last year.  Final nail in the coffin was the burning of the academic building in Harrodsburg.

1850 - Medical Department of TU offers classes in Louisville establishing the Kentucky School of Medicine.  This eventually separates from Transylvania (1854?).

1856 - Act passed to reorganize Transylvania and establish a school for teachers, a State Normal School.  Each county could send someone for free.  Act to reorganize TU

1858-1865  - Academic Department lingers as Transylvania Preparatory School, the equivalent of a high school.

1866 - Agricultural and Mechanical College added to Kentucky University and classes offered. It is based on the grounds of Ashland (Henry Clay's estate) and Woodlands Estate.

1878 - Disagreements on how best to run Kentucky University comes to a head.

1878 - College of the Bible is chartered as an independent institution and separates from Kentucky University.   From 1912-1938(?) it shares facilities and presidents with Transylvania. Eventually It moves to new campus in 1950 and becomes Lexington Theological Seminary in 1965.

Hamilton College was originally established in 1869 as Hocker Female College by James Hocker.  Changed name to Hamilton Female College in 1878 with donation from  William Hamilton.

1897 - According the the Catalog of Kentucky University 1903-04, page 7, "a medical college in Louisville was made one of the associated colleges of the university ... but was soon discontinued."

1902 - The preparatory Academy begins to phase out and finally closes in 1915.

1914 - Transylvania acquires the property of McLean College located in Hopkinsville, Kentucky.   TU subdivides the property into house lots and sells them.

McLean College was founded as South Kentucky Institute in Hopkinsville in 1849. Originally established as a finishing school for girls with close ties to the Christian Church, it became South Kentucky College in the late 1850s. In 1880 the college's charter was amended to allow the admission of men and the name was changed to South Kentucky College. It was renamed McLean College in 1908. Following a fire in 1912 the school was rebuilt exhausting the resources of the college and its benefactors. As a result of the financial situation and declining enrollment all McLean College property was acquired by Transylvania University in January 1914.    See Wright p. 330 and description of McLean College Finding Aid in TU archives.

1915 - Old College Lot formally given over to the city of Lexington to become Gratz Park. See Wright p. 319.

1932 - Hamilton Female College closes.  The building continues to be used as a dorm for women.

1950 - College of the Bible moves to new campus near University of Kentucky.