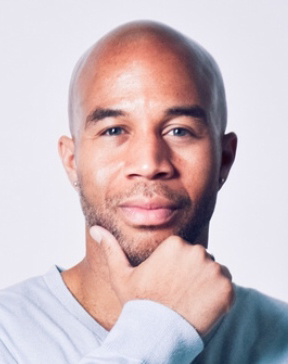 C. Shawn McGuffey, Ph.D., is an Associate Professor of Sociology and Director of African & African Diaspora Studies at Boston College.  A native of Lexington, Kentucky, Dr. McGuffey graduated with honors from Transylvania University in 1998, where he majored in anthropology and sociology, with minors in both multi-cultural studies and women’s studies.  While at Transylvania, he was a member of the Sexual Grievance Committee, coordinator of the First-Year Urban Program, coordinator of the Minority Enhancement Program, president of the Inter-Cultural Awareness Group, and president of Omicron Delta Kappa Leadership Honorary among others.  He was also a Transylvania Scholar and recipient of the Transylvania Leadership Award.

His professional work primarily highlights how race, gender, sexuality and social class both constrain and create the choices survivors pursue in the aftermath of trauma.  Two of his current projects focus on sexual trauma.  One examines how gender, sexuality, and race shape parental responses to child sexual abuse; and the other investigates the social psychology of sexual assault survivors in the U.S., Ghana and South Africa.  A third project investigates the ways in which Darfurian genocide survivors navigate the International Criminal Court.

Dr. McGuffey received the Distinguished Achievement Award from Transylvania University in 2013, and he is also the recipient of three American Sociological Association awards:  the 2006 Sally Hacker Award for research excellence, a 2009 “Best Research Article Award,” and a 2016 “Distinguished Article Award.”  In 2016 he also received the Kimberlé Crenshaw Award from the Society for the Study of Social Problems.  The Ford Foundation, a Research Incentive Grant, and the Institute for Liberal Arts have supported his research.  He has given invited lectures at the Center for Children and Childhood Studies at Rutgers University, The Center for the Study of Violence and Prevention at the University of Colorado, Harvard University, and the University of the Western Cape in South Africa.

He has also written op-ed and guest blog essays on the George Zimmerman verdict, Bashir and the International Criminal Court, the Orlando Massacre, and Confederate monuments.

In his free time Dr. McGuffey enjoys volunteering with his therapy dog, practicing the art of Brazilian Jiu Jitsu, and competitive eating competitions.  Pies and cupcakes are his gastronomic specialties.