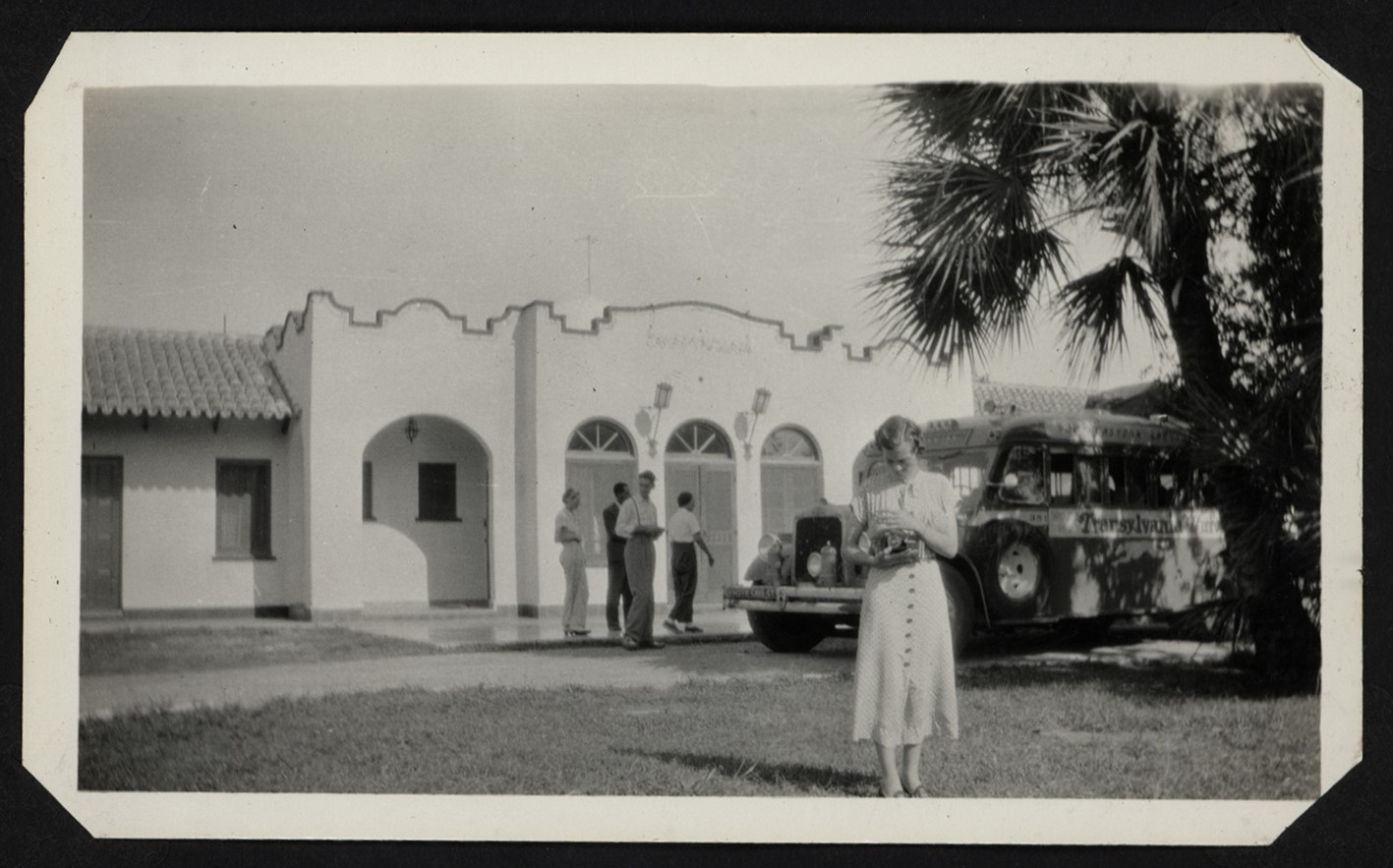 These are the personal papers and photographs of Jane Haselden. Included are letters written by Haselden to her mother during the period she attended Hamilton College and Transylvania University in Lexington, Kentucky (1922-1924). An incomplete personal travel log documents Haselden's cruise to Europe aboard the S.S. LANCASTRIA, during which she visited Spain, Portugal, and North Africa (1925). Also present are photographs of a Transylvania University trip to Mexico (1936), and an album with photographs and newspaper clippings from her time as professor at Murray State University and University of Kentucky (1940-1979). This album also includes later photographs which show Haselden and friends such as Mayrell Johnson, who as a naval aviator, was the first woman to receive flight orders from the United States Navy. Also present are Haselden's pilot flight record and logbook (1940-1942), and and a folder of documents from a small display for Women's History month (1991).

Born in 1903 in Lancaster, Kentucky, Jane Haselden graduated from Hamilton College in 1924 and Transylvania University in 1926. She earned advanced degrees from Columbia University and the University of Kentucky, and studied at the Sorbonne in Paris.  While at Hamilton and Transylvania, Haselden was a member of ∆∆∆.  She regularly wrote letters to her mother at home in Lancaster while attending college.  These letters include everything from the exciting news like getting an A to the mundane such as requesting food be sent.

In 1925, she traveled to Northern Africa and Europe on a cruise aboard the Lancastria with her friend, Betty Spencer, and Spencer's aunt, Mrs. Elizabeth Norton, who was the librarian at Transylvania.  In 1926, Haselden took her first flight with a barnstorming pilot as a graduation present from her brother.  Immediately after graduation from Transylvania, Hasleden taught at high schools in Beattyville and Lancaster, Kentucky while attending Columbia herself during the summer studying for a Master's degree.

Haselden was involved in civil aviation in Kentucky. She obtained her pilot's license in 1941 and soon bought a plane with her friend, Mayrell Johnson.  Their instructor insisted they learn how to land on a football field, since every town in America had one, since in the early days of flight, airports were few and far between. While at Murray State, she was involved in the establishment of the Civil Pilots Training Corp. She was one of only three women who were members of the committee which drafted Kentucky's civil aviation regulations.  Haselden was also the 198th member of the Ninety-Nines, an international organization for female pilots founded in 1929 by Amelia Earhart and was honored in 1990 at the Forest of Friendship in Atchison, Kansas.

1926 First flight was a graduation gift from Louis Haselden, her brother, as a gift upon her graduation from Transylvania

1926-1927 Teaches at a High School in Beattyville, KY and coached boys and girls basketball teams

1927-1931 Teaches at Lancaster High School (attends Columbia during the summers).

1928 Summer at the University of Michigan

1932 Studies at the University of Paris, Sorbonne

1936 Travel to Mexico with group from Transylvania Camping Trip. Group travel in a Transylvania Bus.  Places labeled on list of pictures: San Antonio, Victoria, “Thomas and Charlie” (probably Tamazunchale), Mexico City, Pyramid of the Sun, Corpus Christi.  Possibly visited Lookout Mountain on way back and hot springs on way there

1941 Receives Pilot’s License while teaching at Murray (WWII era gov’t program allowed civilians to learn to fly) Buys an airplane (with no brakes), eventually sells to gov’t. Becomes a “crack pilot,” and learns to land on a football field

1960 Visits France for the summer while on Sabbatical, takes a literature course for French professors

Further reading and resources on Haselden

Guide created by and materials digitized by Hannah Mooney, class of 2019.